Rome sits astride the beautiful Tiber River, a magnificent heart of the ancient history of Italy. Many casual tourists to Rome do not know that there is actually one island in the river. And that island is at the center of an amazing story from history. It was at Fatebenefratelli Hospital  (“The Hospital of the Do-Good Brothers”)  that a group of brave Italian doctors, led by physician and anti-fascist activist Adriano Ossicini,  saved the lives of 45 Roman Jews by inventing a fake disease, “Syndrome K.”

The German occupation of Rome was brutal. In 1943, Nazi officials in Italy, directed by General “Smiling Albert” Kesserling, began the barbaric deportation of 10,000 Italians Jews to the concentration camps. Most would die there.  Only a handful of Roman Jews would live past the end of the war. And the story of how some of them survived is a testament to the power of humanity. As “Smiling Albert” Kesserling, oversaw massacres of civilians in Italy,  the brave doctors on the little island in the Tiber chose to save lives.

Fatebenefratelli Hospital had an ancient history, evolving through many changes in purpose and affiliation. It had been a hospice, a refuge for plague victims, and a general purpose hospital throughout its long life. In October 1943 it became a righteous place to be respected forever.  As vicious Nazis raided the Jewish ghetto, some of the inhabitants escaped to the tiny island hospital. Dr. Ossicini and the staff bravely decided to save the refugees from the unspeakable fate befalling other Roman Jews.

While they could be offered temporary shelter, Dr. Ossicin (pictured at 96) knew it was just a matter of time before “Smiling Albert”  Keserling and his inhumane orders would reach them. The good doctor then created a fascinating diversion. He “diagnosed” the Jewish refugees with “Syndrome K.”

What Is Syndrome K?

if you’ve never heard of “Syndrome K”, it’s because it doesn’t exist! It was a brilliant figment of Dr. Ossicini’s imagination. He told the Nazis that “Syndrome K”  was highly infectious, easily transmitted, and completely deadly. Any contact with an infected person would bring a long, slow, painful, and inevitable death.  Symptoms included convulsions, dementia, paralysis, and loss of control of bodily functions  Whenever a Nazi would come close enough to question the medical staff, the Jewish “patients” were instructed to cough and shake. The terrified Nazis under the command of General “Smiling Albert” Kesserling never knew that the “K” in “Syndrome K” stood for Kesserling! The Nazis who crossed the bridge to tiny Tiber Island to search Fatebenefratelli Hospital became utterly terrified of coming into contact with Syndrome K! As a result, they left the “patients” alone – and thus the Jews on Tiber Island were saved from the Holocaust!

The brave staff of the hospital, led by surgeon Dr. Giovani Borromeo, Father Maurizio Bia and Dr. Vittorio Sacerdoti, (who was Jewish and working under an assumed name)  protected the Jews. Astonishingly, all of the refugees ultimately survived the Nazi occupation.  Every single member of the hospital staff cooperated completely in this brilliant, audacious scheme. If even one had talked, the plan would not have completely fooled the Nazis! The exact number of Jews who were saved is unclear. Best estimates are about 45 lives were protected. But had it been just one, the Catholic hospital and the Italian doctors should always be honored for placing humanity above orders.

18 thoughts on “Syndrome K: A Fake Disease That Saved Jews From The Nazis” 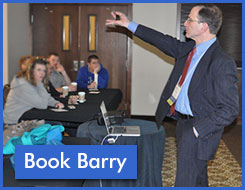 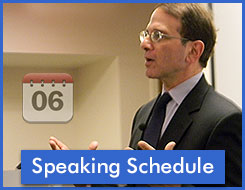 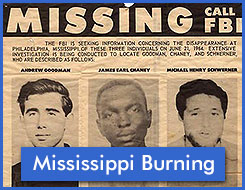